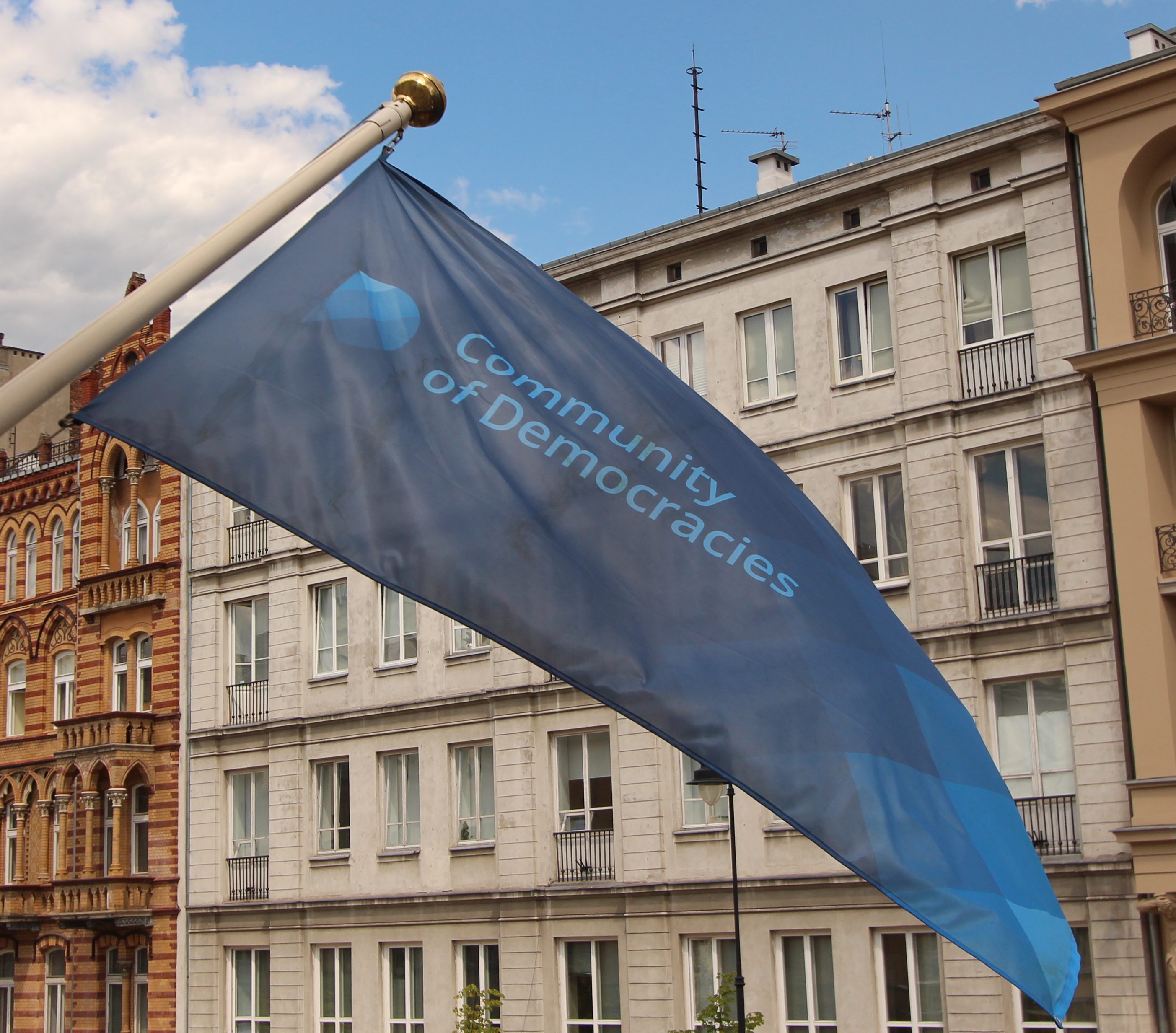 WARSAW, 26 June, 2020- With keynote remarks by Foreign Minister of Romania Bogdan Aurescu, former US Secretary of State Madeleine Albright, and Secretary General Thomas E. Garrett, the Member States of the Community of Democracies (CoD) celebrated the coalition’s 20 anniversary at the ministerial-level online Conference hosted by Romania.

June 27, 2020, marks the 20th anniversary of the Community of Democracies and its founding document, the Warsaw Declaration. The virtual Anniversary Conference, hosted by CoD Presidency Romania, gathered high-level representatives of Member States, civil society, and international organizations. The discussions focused on democracy in the 21st century: the past and the future of the Warsaw Declaration.

“Over the past 20 years, the Community of Democracies has made considerable progress to fulfill its mandate. It is time to weigh up these achievements and also to ponder on how the Community accommodates today’s realities and expectations.  We should use the momentum given by this celebration as an opportunity to focus on what we can do to prevent that the current sanitary crisis becomes a crisis of democracy. Thus the anniversary is a decisive moment to reconfirm our commitment to our shared values, to take action, recognize our strengths and work together to mend our weaknesses.  Democracy is not always a triumphal march, but a marathon – of adaptability, resiliency, and a commitment to working together – a marathon that we need to win together. Even under the current circumstances, Romania intends to fulfill the ambitious priorities announced for its mandate, including that of organizing a two-day fully fledged Ministerial Conference in Bucharest, in 2021’’- Foreign Minister of Romania Bogdan Aurescu.

The Community of Democracies’ Governing Council comprises 29 new and established democracies of different historical, cultural, or economic background – united by the shared democratic values of the Warsaw Declaration. Adopted by more than 100 countries in Warsaw in the year 2000, the Warsaw Declaration outlines 19 core principles for the effective establishment and functioning of a democracy. It provides a roadmap for young democracies and a checklist for established ones.

In the statement adopted at the Anniversary Conference, Member States underlined that democracies should respond to the pandemic through renewed adherence to the principles of the Warsaw Declaration. These include free and independent media, equal access to public service, equal access to education, respect for private family life, transparent and accountable governance. Member States reaffirmed their commitment and immutable support for its principles and pledged to continue to heed the call to promote democracy and to speak against trust-eroding factors.

‘’History teaches us that individuals and groups who crave, then abuse, authority will always be present among us. But to them, we now have answers. And one of those answers is the Community of Democracies. As we mark the twentieth anniversary of the Warsaw Declaration, I am proud that the Community continues to play an active role in the global democracy movement’’– former US Secretary of State Madeleine Albright.

‘’The Community of Democracies was founded two decades ago with the idea that democracy faces changing threats and new opportunities. The global pandemic is one such challenge. I very much welcome the Member States’ statement, which sends a clear message to those who have said democracy is ill-equipped to address the pandemic, and highlights that the exact opposite is true: the values of the Warsaw Declaration represent the ultimate immune system of our democracies. Drafted in 2000, the Warsaw Declaration is fresh and current for 2020.’’- Secretary General Thomas E. Garrett.

About the Community of Democracies

The Community of Democracies is a global intergovernmental coalition comprised of the Governing Council Member States that support adherence to common democratic standards and values outlined in the Warsaw Declaration. Building on the Warsaw Declaration, the Community is committed to taking concerted action to advance and protect democratic freedoms, strengthen democratic institutions, and expand political participation.