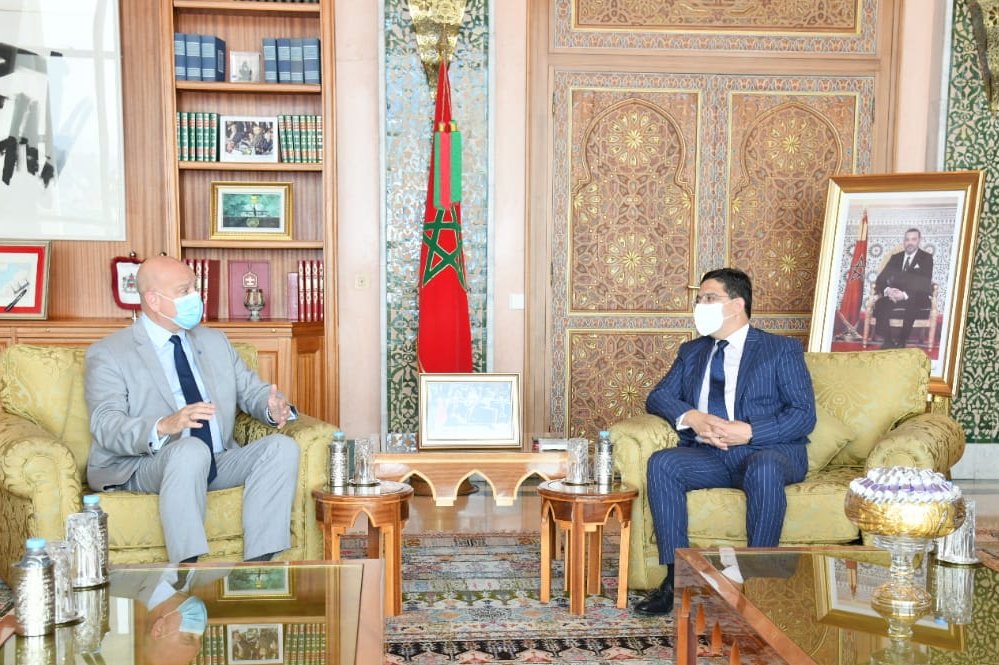 On 15 and 16 July 2021, SG Thomas E. Garrett traveled to Rabat to deliver a welcome address at youth training on democracy’s role in countering violent extremism and to meet with high-level government officials and partner organizations of the training program. ‘Data shows that countries with strong records of respect for democracy and human rights are far less likely to experience violent extremism, terrorism, civil wars and conflicts. On the other hand, authoritarian and failed states are more likely to experience intra- and interstate conflict, generate refugees, hinder women’s equality, and generate violent extremists’- said SG Garrett in his opening remarks at the training session.

The training on Inclusive Democratic Participation to Prevent and Counter Violent Extremism was organized by the Permanent Secretariat of the Community of Democracies together with the Moroccan Ministry of Foreign Affairs, the Rabita Mohammadia of Ulemas, and the National Human Rights Council of Morocco.

‘Discussions I had with Foreign Minister Bourita during my visit in 2019 led to the creation of this training program for young people, and this training is going to be followed by an international conference later this year’-highlighted SG Garret. After his meeting with Foreign Minister Nasser Bourita, the Secretary General told media that Morocco was one of the founding members of the Community of Democracies in the year 2000, and is the only country in this region to serve in the Community of Democracies Governing Council. ‘We consider Morocco an important partner in the work that we do to coordinate issues of democracy, human rights and labour, at the international and regional levels.’

As part of the visit, the SG also held meetings with partner organizations of the training, including Ms. Amina Bouayach, President of the National Human Rights Council of Morocco, and Ahmed Abbadi, Secretary General of the Rabita Mohammediya of Ulemas, to discuss democratic values in promotion of human rights and preventing violent extremism. He thanked all of the organizations for partnering in the training.