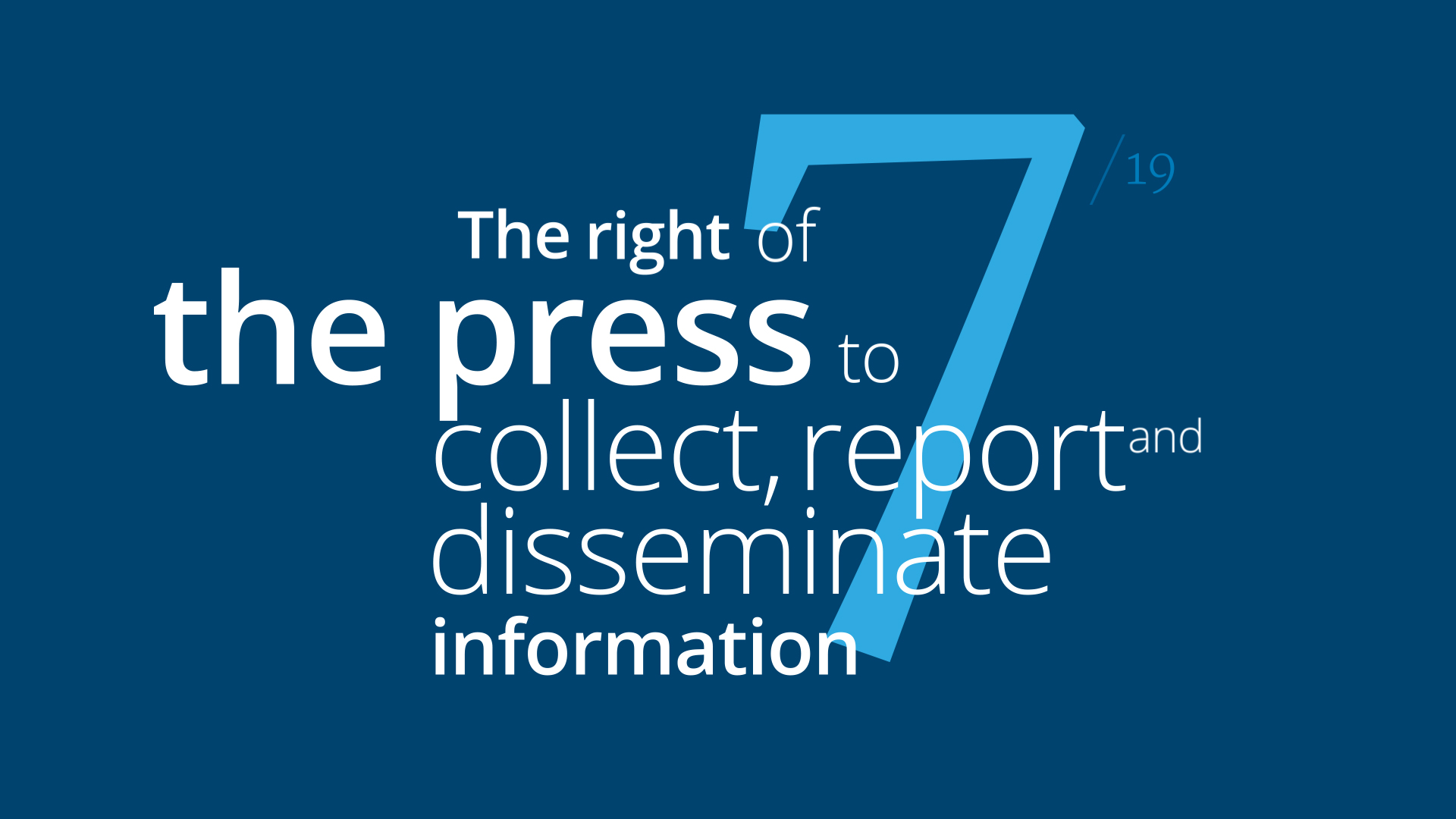 Statement by the Secretary General Thomas E. Garrett on International Day to End Impunity for Crimes against Journalists (2 Nov)

Public access to information through free, pluralistic and independent media is a backbone of democracy and a crucial element to build just, peaceful and sustainable societies. The International Day to End Impunity for Crimes against Journalists reminds of the critical need to step up joint efforts to counter the alarming trend of suppressing media freedom across the world and put an end to impunity for violence against journalists.

Protection of media freedom has long been at the core of the Community of Democracies’ (CoD) work to promote, protect and defend democracy worldwide. Under its Strategic Objective 1, the Community works with its Member States and Civil Society Pillar to encourage adherence to the Warsaw Declaration principles within and outside the CoD. The Warsaw Declaration, which outlines universal democratic norms and practices, includes the right of the press to collect, report, disseminate news and opinions, subject only to restrictions necessary in a democratic society and prescribed by law; as well as the right of every person to freedom of opinion and of expression, including the exchange and receive information through any media, regardless of frontiers.

In a statement on Media Freedom and Violence Against Journalists, adopted at the Community’s 29th Governing Council meeting, Member States reaffirmed their commitment to the promotion and protection of media freedom, freedom of expression online and offline and the protection of journalists and other media workers.  They also called on all governments to safeguard pluralistic and independent media and commended the brave work undertaken by journalists and those working to support and promote freedom of expression for the media where they are under threat.

With a strong commitment of its Member States, the Community of Democracies will continue to engage in multi-stakeholder dialogue and concerted actions to protect the freedom of expression and contribute to creating safe and enabling environment for independent journalism.