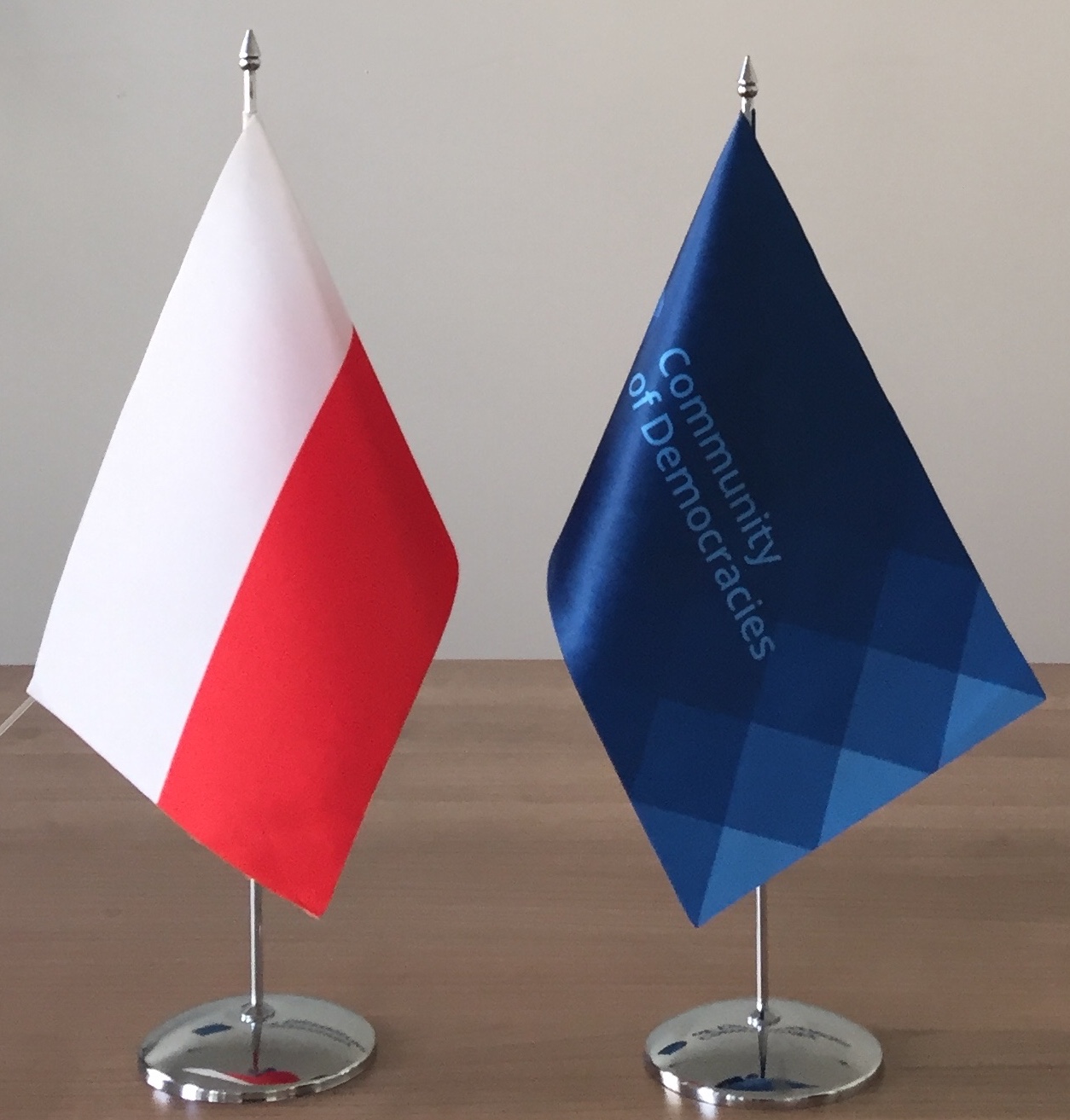 As the Polish chairmanship of the Community of Democracies’ (CoD) Executive Committee draws to an end on Sept 15th, the CoD thanks Poland for its supportive leadership.

A founding member of the Community of Democracies and host country to the CoD Permanent Secretariat, Poland has consistently played an important role within the CoD.

Most recently, Poland participated in the High-Level Delegation to Mali and hosted  the 30th meeting of the CoD Governing Council, which resulted in the adoption of the Governing Council statement on the Democracy and the 2030 Agenda for Sustainable Development.

On the conclusion of the Polish Chairmanship, Polish Foreign Minister Jacek Czaputowicz said:

‘It was an honour for Poland to be a Chair of the Community of Democracies’ Executive Committee.

As one of the Community of Democracies’ founders, Poland is proud that during its chairmanship it had an opportunity to address such important topics as youth participation in public life, civil society education and sustainable development agenda and hopefully to invigorate further actions in these fields.

The importance of embracing democratic standards in implementing the UN 2030 Agenda for Sustainable Development is crucial. I believe that with its actions, Community of Democracies is constantly contributing to the promotion of these values around the world.

Even though the Polish chairmanship of the Community of Democracies’ Executive Committee has come to an end, our goals remain unchanged: Poland will continuously strive to share its experiences gained during the process of peaceful political and economic transformation and continually support democratization processes in other parts of the world.’

Secretary General Thomas E. Garrett met with FM Czaputowicz on September 9th to thank him for his country’s chairmanship and to discuss the upcoming CoD activities in line with its Strategic Objectives.