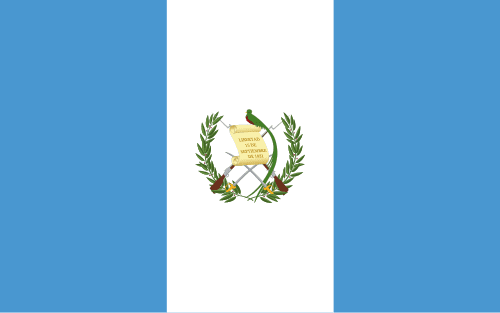 Following a decision to accept Guatemala's application to join the Governing Council of the Community of Democracies, the country will join the current 24 members at the next Council's meeting, in March in Geneva. The step comes as an acknowledgment of the impressive path Guatemala has taken towards democracy and of the successful conduct of democratic practices in the country.

"I wish that a conscious sense of peace and a feeling of human solidarity would develop in all peoples, which would open new relationships of respect and equality for the next millenium, to be ruled by fraternity and not by cruel conflicts."
Rigoberta Menchu Tum, Guatemala, receiving the Nobel Peace Prize, 1992

Democracy came to Guatemala after long decades of dictatorship and civil war. A patient process of democratic transition included the replacement of the military regime, the conduction of free and fair elections, and the introduction of mechanisms for the protection of human rights. In 1996, peace agreements were signed, putting an end to the civil war and marking an important milestone in the democratization process. The country entered a new era.

Since the peace accords of 1996, Guatemala has enjoyed economic growth, successive democratic elections (the most recent being in 2011), and a vibrant and diversified civil society, a reflection of the country's rich cultural legacy. Now, democratic advancements in Guatemala gain the proper international recognition, with the country being accepted as the 25th member of the Governing Council of the Community of Democracies.

The acceptance of Guatemala into the Community's Governing Council acknowledges the strong commitment of the people of Guatemala to the principles of democracy and the sincere observance of democratic norms by its authorities. The Governing Council already enjoys the membership of Costa Rica, Mexico and El Salvador – which also holds the Council's Presidency. Guatemala's membership thus reaffirms the wide support for democracy in Central America, and highlights the important processes of democratic consolidation in the region.