Ukraine – The Day After 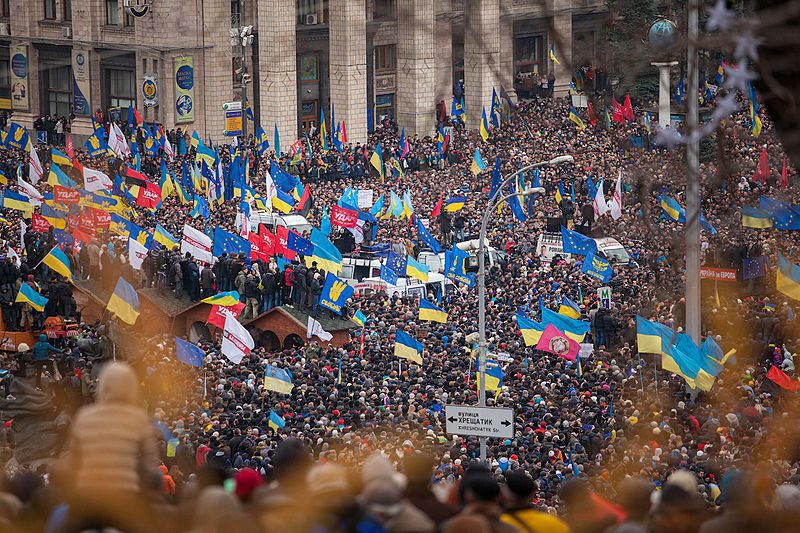 In a special article for the Community of Democracies, Zbigniew Bujak helps us to understand what Ukraine needs to do now in order to get on the democratic track.

Vitali Klitschko recently called on the citizens of Ukraine to remain peaceful, and emphasized the importance of the conduction of early elections:

"I turn to you all. Today, it is important to maintain peace, not to slip into any violent actions. I call on all civil servants to continue their services and work, for the state must continue to function. It is the duty of every politician to support the country's return to peaceful and normal functioning. The demands of the protesters have led to a socio-political crisis in the country because President Yanukovych unfortunately decided to ignore them, to reject his duties, and to leave the capital. There is only one solution – the conduction of early elections (…) The elections should take place no later than May 25. I once again as all Ukrainian citizens- keep calm, do not initiate irresponsible acts in any way. I can assure you that in the nearest future we will do everything possible so that peace will return to our state, so that each and every one can be sure of tomorrow."

Our Ukrainian friends have created a fantastic opportunity to launch deep and vast reforms in their country. Such optimal conditions for reform are rare, and occur perhaps once in many centuries. The conditions that create this opportunity are several:

First is the understanding among activists in Maidan of what authoritarianism and the fundamentals of such a regime are. Second is their total determination to fight the regime. The activists have already experienced struggles with the authoritarian regime in their daily lives in the past years – in the constant encounter with governmental offices and agencies that countrol their lives, in the numerous bribes they have had to pay to get things done, and so on. They know that the source of this behavior is to be found in the central government, with its feudal customs and unrestrained greed. Third is the willingnes of the citizens to take upon themselves responsibility for reforms, and pay the price it might require. This willingness inspires enthusiasm and pride. The activists in Maidan know that they have won the battle, but I see in their eyes and hear in their voices that they fear this victory might go to waste. The activists are aware of the fact that their declarations of readiness are nothing in comparison to the sacrifice of those who died or were injured during the struggle. As I remember well from my times in the Solidarity movement, they now await the opportunity to fulfill the tasks that will "bring the state back to the citizens". This is why the most difficult reforms, the ones that demand participation and cooperation from the citizens, should be performed as soon as possible. In my opinion, among those are the reforms of the health and retirement system – they influence the economic situation of the country for decades to come.

Ukraine needs deep reforms. First in line must be the working methods of all offices and agencies that serve the citizens. I am afraid of a phenomenon that is often observed in similar situations – the new establishment deals with the constitution, the central government and the decision makers, but in the meanwhile, the lower-level administration maintains the same authoritarian working methods as before. Premonitions for this situation can be found in the speech of opposition activists Vitali Klitschko: "I call on all civil servants to continue their services and work, for the state must continue to function". This call means, in fact, that the civil administration must continue to work as it has in the past, to treat citizens as it has in the past. It is the root of a problem that might become acute in several months, when the citizens realize that the authorities under the new government treat the exactly as they did under the old regime. This call is quite surprising, because it shows that the failure of the Orange Revolution has taught Ukrainian leaders nothing. I hope that it was just a slip by Klitschko, who has so far shown great enthusiasm in the battle against corruption.

Now, during the first moments after victory, a different type of call is needed: a call to the entire administration to change its attitude towards its citizens. The people must see and feel that they regained their own country, that they are now treated differently by the authorities. The citizens of Ukraine know very well what kind of country they wish to have; millions of them have visited Europe, studied and worked here. I remember the words of a man in Kharkiv: "In Spain, although I stayed there illegally, the police officers treated me like a human being. Here, they treat me like a dog". Police officers treat them as dogs, customs officials treat them as smugglers, and the tax offices, as cheaters – in the authoritarian culture there are no honest citizens, only uncontrolled ones. It cannot be so in the new establishment. Keeping the authoritarian working methods under the claim that such changes in attitude take time is a mistake – the treatment of the people will change as soon as civil servants understand that the criteria of evaluating their work has changed. Instead of being lauded for the amount of penalties they have given, now they shall be judged according to the quality of the service they provide to the public. Changing the criteria is the work of the new government. But already now, when the battles of Maidan have barely ended, we already hear a professor at the University of Lviv saying that he "fears a military complex among those coming back from Maidan". Can the intellectual elite in Ukraine really help to lead cultural change if it has already started tagging the activists with "military complex"? I warn you; don't go down that road!

The knowledge of good governance enjoys a very high level in "old Europe", where reforms in the field were started decades ago. It is therefore worth asking these countries to they accomplished it. The program of "pre-accession assistance" is the easiest method – it has already helped reform the public administrations in Poland, Slovakia, Hungary and the Czech Republic. In order to properly perform the public role, there is a need to get rid of authoritarian tendencies, which often remain among those who came to power after the transition. The activists of Maidan know it well; they saw it happening among the group of Yanukovych and among the leaders of the Orange Revolution. The experience of other countries can assist in the reform process, and if the leading activists keep public opinion in mind, there is a good chance for Ukrainian reforms to succeed.

Ukraine has many friends with a wealth of knowledge. I can recommend to our Ukrainian friends the advice of Mr. Leszek Balcerowicz on how to manage the financial situation after the transformation. From Poland, Ukrainians can learn how to establish a system to supervise banks and monopolies. For the reform on the police and secret services, they can ask Great Britain. Canada and Sweden can explain how they built non-armed security services. The Swedish experience is also instructive in the fight against corruption. As for the work of the judicial system, it is useful to look at the German, British and Canadian experiences. From them, it is also worth learning about the work of the taxes and customs services, two of the most important structures of the state; they shape the whole economic situation of the country, and influence the economic situation of every citizen, firm or institution in the country.

Our Polish history, with which I'm quite acquainted and in which I played some role, has taught me that it is easy to revolt, start a war, and create an uprising. Building a strong and just state is much harder. The experience of other countries also shows that getting rid of a tyrant is not as hard as governing after his fall. It is quite strange, since the modern world has vast experience in governance at its service. In Europe and elsewhere, there are many people who would willingly share this knowledge. You have, therefore, no excuses. Beware of false "experts" who carry empty slogans such as "balance the budget", "improve the judiciary" of "simplify the taxes". The ones who can really help are waiting for your call. My personal experience encourages me to recommend that you use the pre-accession assistance tool. The advisors of the program, employees and directors of all possible administrative departments of different countries of the European Union, have vast experience in reforming and improving different institutions. They helped us – Poles, Czechs, Slovaks, and Hungarians – fit our governmental institutions to the standards of integration within the European Union. They helped us overcome authoritarian thinking and working methods, barriers which are extremely hard to overcome, and yet possible. I believe the situation in Ukraine is similar, Ukrainians have the same problems, and it is possible.


Zbigniew Bujak is a Polish political activist. He was among the leaders of the democratic opposition in communist Poland, and served as Member of Parliament in the first and second terms after the democratic transition in the country.