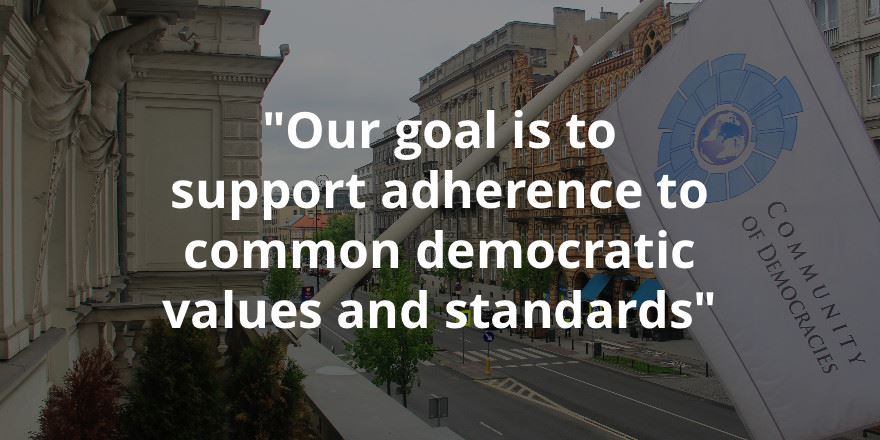 As 2016 beckons, it's a good opportunity for those who are concerned about democracy and human rights to review the Warsaw Declaration for a Community of Democracies that 106 countries signed in 2000.

As a Community, countries come together to support the consolidation of democratic values and practices. They are guided by the principles and values of the Warsaw Declaration.

Signed during the opening Ministerial Conference of the Community of Democracies in Warsaw, 2000, it is the founding document of the Community and aptly named “Toward a Community of Democracies.” The Declaration constitutes one of the most complete and coherent outlines of the functions of democracy. It defines the essential practices and norms for the effective establishment and consolidation of democracy.

According to the Declaration, these are the core principles that signing states of the agree to uphold:

The Warsaw Declaration acknowledges that democratic development is a process, in which each country is at a different stage. No country has reached perfection and all should work together to meet these objectives, supporting each other while respecting each state’s sovereignty. The best way to strengthen democratic institutions and principles is by promoting discussion, exchanging experiences and identifying best practices. This collaboration makes us a community; we cooperate, learn together, share common values, and encourage each other to uphold these principles.

On a practical note, the Warsaw Declaration suggests the ways to achieve these goals:

According to the Warsaw Declaration, these methods will help create an environment conducive to democratic development.