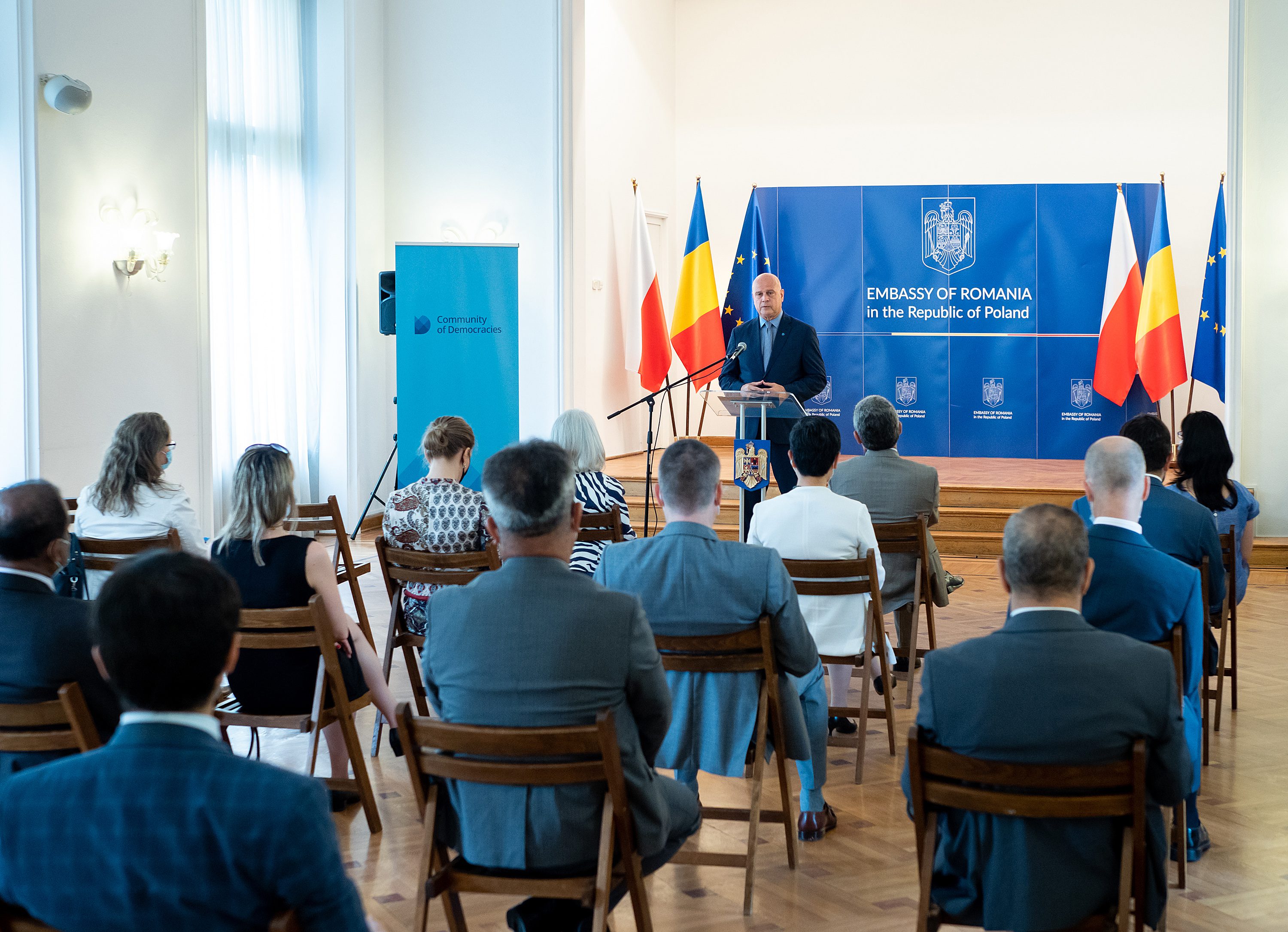 21st Anniversary of the Community of Democracies

Reception event at the Embassy of Romania to Poland

On June 25th, 2021, the Romanian Embassy to Poland hosted a reception event on the occasion of the upcoming 21st anniversary of the Community of Democracies and its founding document, the Warsaw Declaration (June 27, 2021).

In his remarks, SG Thomas E. Garrett highlighted that 21 years on, the 19 democratic principles of the Warsaw Declaration are still used as a ‘checklist’ by established democracies as to their performance and as a roadmap to democracy for transitioning countries.

Let me express my appreciation to the Embassy of Romania for hosting today’s event.

It is a pleasure to be gathered in-person again.  The last in-person event the Permanent Secretariat conducted was with the Embassy of Romania last year, when the poster exhibit of the Warsaw Declaration on its 20th anniversary was held on the Embassy grounds.

Many of you were there and I thank you for joining together again today in honor of the Warsaw Declaration.

21 years ago, in preparation for what was to be the largest gathering to date of democracies, a small team was tasked with gathering several international norms of democracy and human rights into a loose document, which was shared with the nations which gathered in Warsaw.

The foundation of that draft was the Universal Declaration of Human Rights.

To that, new rights and principles were added on matters such as monitoring of elections, civilian control of the military and new language on independent media.

It was understood that those attending would be asked at the conference to commit to abiding by these principles. And, 106 countries adopted the 19 principles, which became known as the Warsaw Declaration.

So, I again thank the Governing Council represented here today and the Embassy of Romania for celebrating the Warsaw Declaration and for your support to the Community of Democracies and its mission.