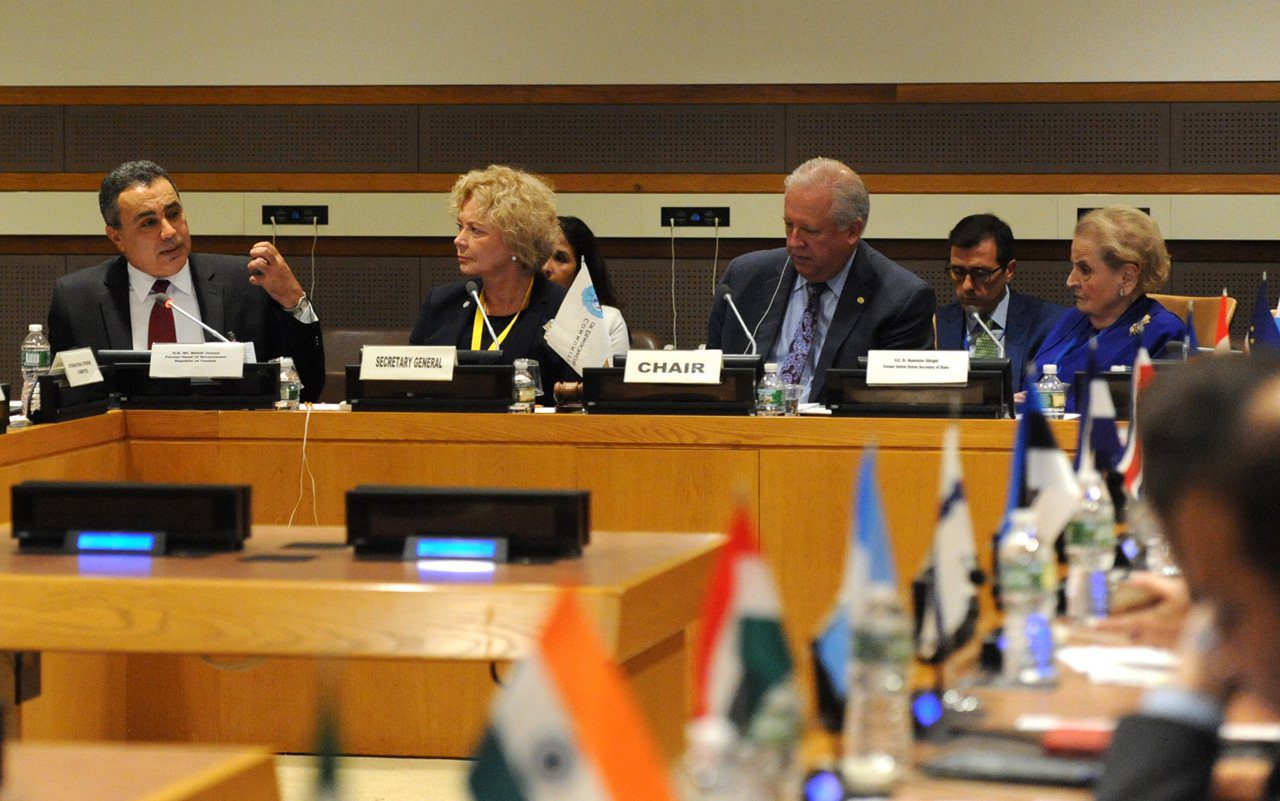 News from the 22nd Governing Council meeting in New York

The Community of Democracies recognized two brave diplomats and officially welcomed the Argentine Republic at its 22ndGoverning Council meeting, on the sidelines of the UN General Assembly in New York.

The high-level meeting, which provides a diplomatic platform for democratic governments, took time to honor the hard work of H.E. Luis Almagro, Secretary General of the Organization of American States (OAS), and Canadian Ambassador Deborah Lyons, a leading voice for women's rights and former special envoy to Afghanistan. Both were recognized for their courageous commitment to advancing freedoms and democracy worldwide.

Over the course of three days, the Community convened governments, civil society actors and journalists to discuss democracy renewal, the safety and protection of journalists, as well as the linkages between democracy and security. Brazil, Czech Republic and the United Kingdom observed this session.

The next Governing Council meeting of the Community of Democracies will be held in December in Warsaw.

Please follow @CommunityofDem on Twitter or visit www.community-democracies.org to learn more about the Community and its work.