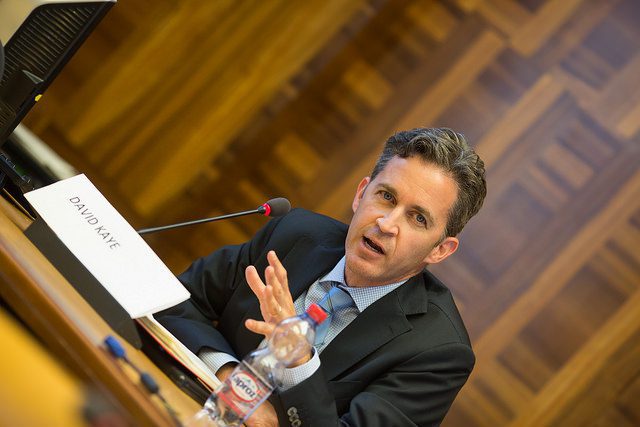 The Community of Democracies recognizes the difficult balance between maintaining strong national security and respecting the privacy of citizens.

The current standards of cyber-security have resulted in breaches of government and private data as well as government surveillance of individual citizens. In response to this climate, UN Special Rapporteur on the freedom of expression and opinion David Kaye recently released a report to the UN Human Rights Council on June 17, 2015. The report links the use of encryption and anonymity in the age of digital communication with the basic ability to exercise freedom of opinion and expression.

In addition to outlining a three-part test to assess the effectiveness of online encryption methods, Kaye provides recommendations to governments for managing cyber-security. According to the report, governments should
·      Promote and protect strong encryption and anonymity standards;
·      Avoid the adoption of security-weakening measures for individuals;
·      Employ restrictions only on a case-by-case basis for necessary and legitimate purposes;
·      Reject blanket prohibitions on encryption and anonymity, due to their unnecessary and disproportionate  nature; and
·      Resist requiring users to identify themselves or register SIM cards for accessing online or mobile services, which limits anonymity.

Recognizing the inherent link between cyber-security and human rights, the report relates respecting online privacy through encryption with an individual’s ability to hold any opinion or belief. According to Kaye, government policies should not regulate or obstruct anonymity of citizens, including encouraging companies to intentionally insert backdoors or other vulnerabilities that allow law enforcement organizations to circumvent digital protections.

The report also encourages information and communications technology (ICT) companies in the private sector to more diligently protect the security of users through adopting privacy-enhancing practices, which include employing end-to end encryption in online services; developing strong and open protocols for secure technologies, initiating breach notification for any vulnerabilities, among other recommendations.

Prominent civil society organizations welcomed Kaye’s report, including those that work closely with the Community of Democracy’s Working Group on Enabling and Protecting Civil Society, Article 19. A statement released by the Center for Democracy and Technology recognized that government surveillance violates privacy standards, which could be used to target journalists, minority groups, or government critics.

The Community of Democracies recognizes the difficult balance between maintaining strong national security and respecting the privacy of citizens. It also supports UN Special Rapporteur Kaye’s findings in the area of digital communications. The Community looks forward to further discussing the takeaways of the report in the upcoming 8th Ministerial Conference, which will serve as a platform to jumpstart new initiatives in the direction of the report’s recommendations.