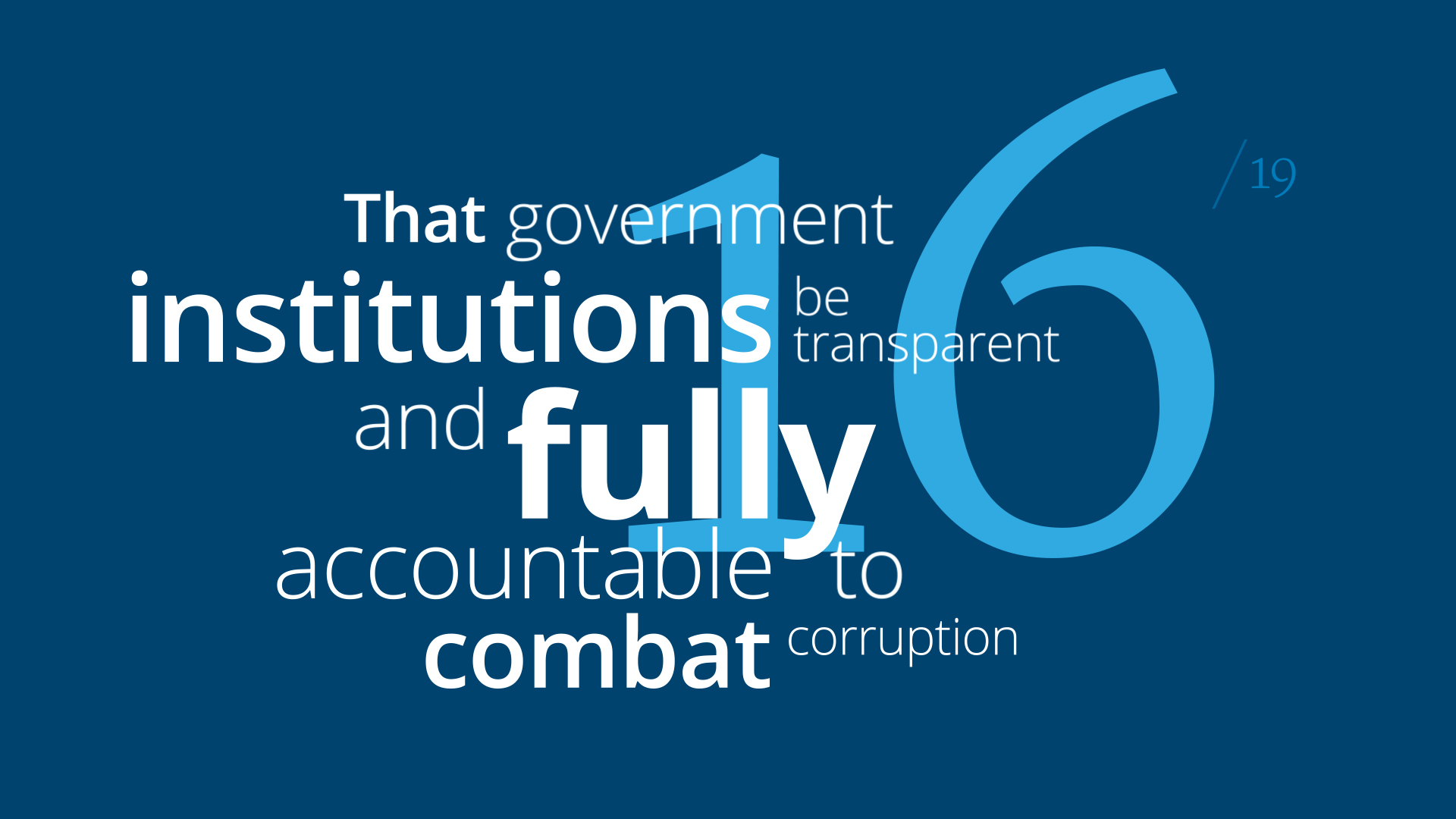 As we mark International Corruption Day, we note corruption remains a complex global problem that undermines democracy, weakens trust in public institutions, exacerbates inequalities, and slows down economic progress. In its Principle 16, the Community of Democracies’ Warsaw Declaration states that government institutions should be transparent, participatory, and fully accountable to the citizenry and take steps to combat corruption.

In the CoD Bucharest Ministerial Declaration, adopted at its 10th Ministerial Conference in September 2021, Participating States noted with concern that corruption is a severe threat to the stability and the security of societies and undermines the institutions and principles of democracy, ethics, and justice, eroding public trust in governments, jeopardizing sustainable development, the rule of law, and good governance.

The Participating States emphasized that the prevention and eradication of corruption are in the interest of all nations, reaffirmed that corruption is both a transnational and local problem that may affect all societies and economies and harms development and poverty eradication, and recalled that corruption impacts the poor disproportionately and hinders economic development by diverting investments in infrastructure, institutions, and social services.

The Ministerial Declaration urged the Participating States to increase international cooperation to prevent and combat corruption, international transfer of crime proceeds, and promote financial transparency, accountability, and integrity for sustainable democracy. It also called upon the Participating States to step up efforts to promote and effectively implement anti-corruption obligations and robust commitments under the international anti-corruption architecture, including those contained in the United Nations Convention against Corruption and the Political Declaration adopted June 2, 2021, at the thirty-second Special Session of the United Nations General Assembly, which reaffirmed Member States’ shared commitment to identifying and addressing gaps and challenges within the international anti-corruption framework.

The full text of the Declaration is available here