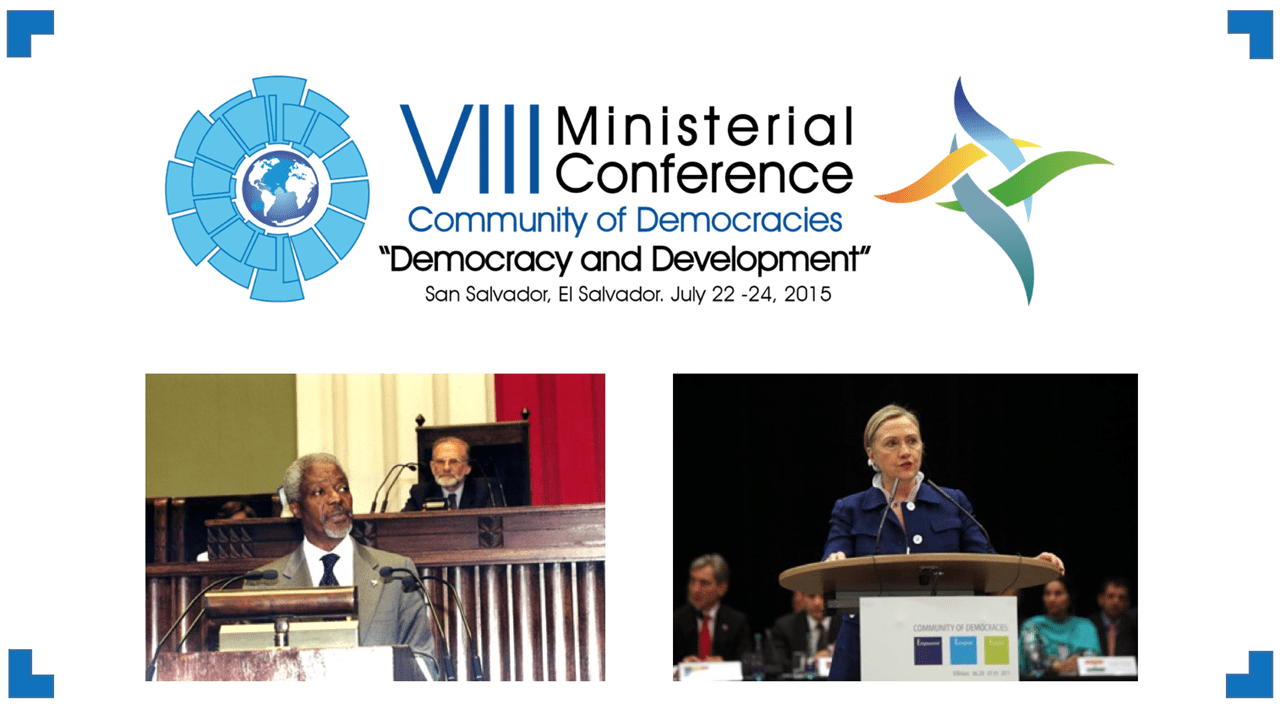 Several inspiring excerpts from speeches of leaders who have attended the Community’s past Ministerial Conferences.

The Ministerial Conferences draw a wide range of participants from all corners of the world. Below are several quotes from the speeches of prominent guests and politicians. 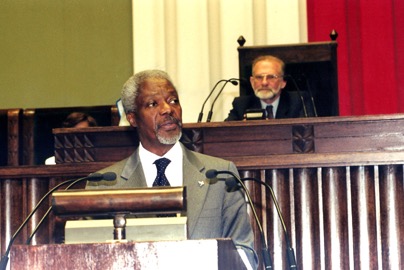 “One of the greatest challenges to humankind in the new century will be the struggle to make the practice of democracy equally universal. In that struggle, nations in which democracy is already well established will need to be vigilant in preserving that achievement, and to work together to help those where democracy is still new or emerging. That, I know, is the main purpose of your new coalition, and I warmly salute it.”

Remarks made by Colombian Minister of Foreign Affairs Carolina Barco at the 2nd Ministerial Conference held in Seoul, Koria
November 11, 2002

“There comes a time when the spark of freedom flashes in the minds of all oppressed people, and they raise their voices against tyranny. The Community of Democracies must match the bravery of these men and women with the courage of our own convictions. We on the right side of freedom’s divide have an obligation to help those on the wrong side of that divide.”

Remarks made by U.S. Secretary of State Condoleezza Rice at the opening plenary of the 3rd Ministerial Conference held in Santiago, Chile
April 29, 2005

“Never before have we been so unified in charting a course of better opportunity for all men, women and children of the world. The whole world stands to benefit from the stability that will come from a future of development and democracy. I thank each and every one here today for your commitment to freedom.”

Remarks made by U.S. Deputy Secretary of State John Negroponte at the 4th Ministerial Conference held in Bamako, Mali
November 16, 2007

“We see our own stories in theirs. And we know that, just as any one democracy depends on people working together, a community of democracy depends on all nations, not only working together, but renewing our commitment. And we believe that established democracies have a special duty to help those that are emerging because these new democracies are fighting for their life… This is an hour of need, and every democracy should stand up and be counted.”

Remarks made by U.S. Secretary of State Hillary Clinton at the 6th Ministerial Conference held in Vilnius, Lithuania
July 1, 2011 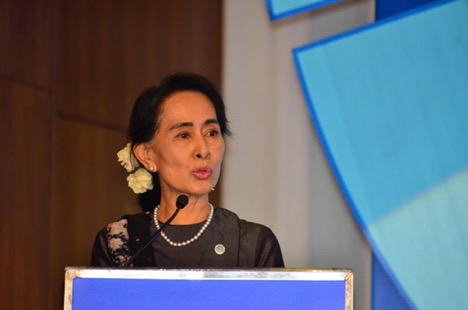 “You know that an ethnic group conflict still exists in Myanmar, hence in order to resolve this dispute we are pledging to form a national union by implementing an ideology of democracy in a peaceful manner, and this will take a long term of process of innovation to endure… there is a great opportunity for Myanmar to study from Mongolia’s experience.”