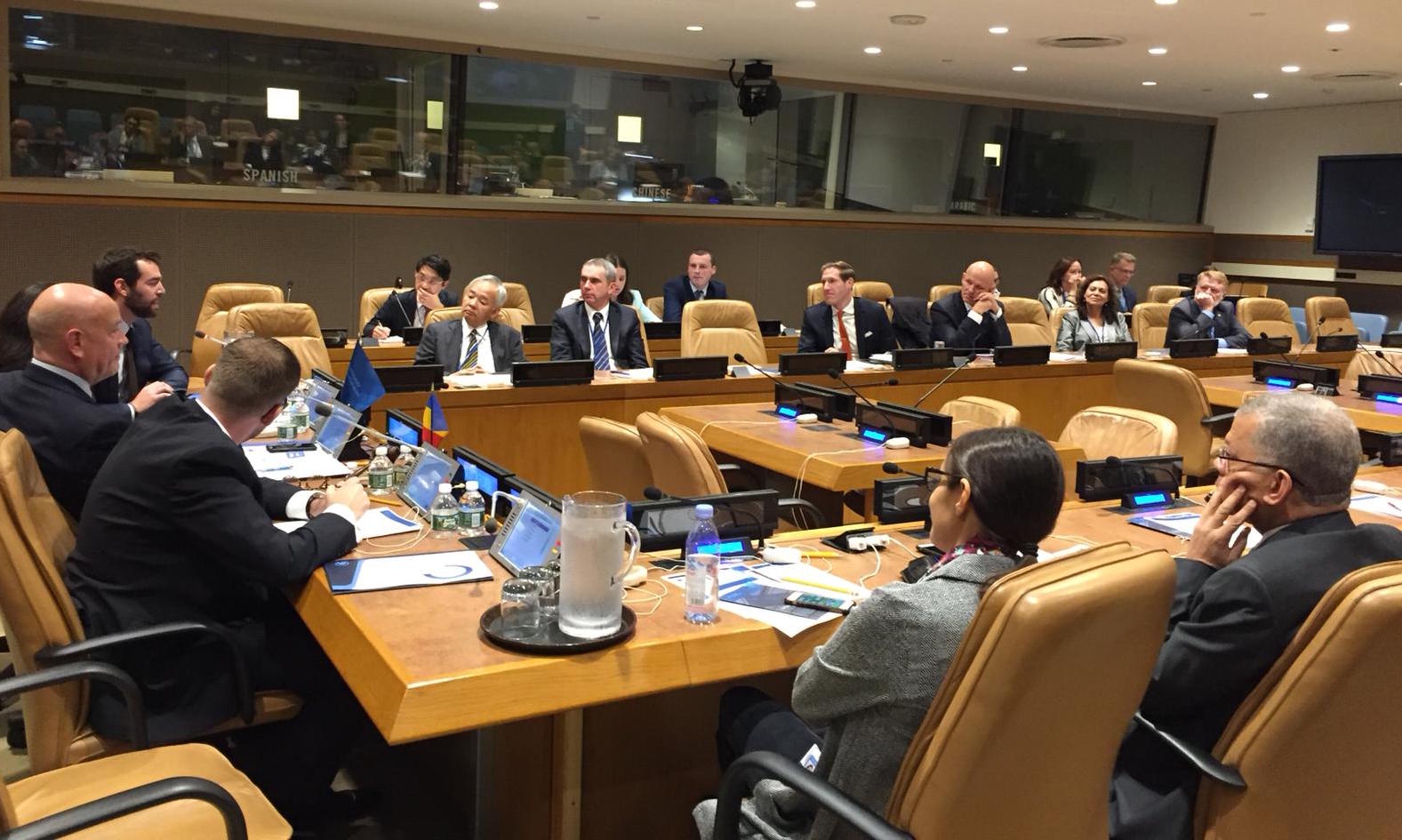 The International Steering Committee (ISC) of the Community of Democracies’ Civil Society Pillar and the SecretaryGeneral (SG) discussed opportunities for continued dialogue and areas of collaboration in the framework of the new Strategic Plan.

Side-Event on “The Role of Youth in Democratic Resilience”, New York

The event hosted by Governing Council Member State Romania on the margins of the 73rd Session of the United Nations General Assembly included the participation of young leaders from Syria, El Salvador and Romania. Discussion was built around the newly launched UN strategy “Youth 2030: Working With and For Young People”, which recognizes youth as agents of change in the promotion of peace and security.

Best practices in youth engagement and democratic participation were shared, notably Canada’s Youth Council, the establishment of Youth Parliaments and legislation which promotes the engagement of youth, such as the new Youth Law in the Republic of Moldova.

The Secretary General participated in the 7th High Level meeting of the IRDD, with the purpose of exchanging experiences at the regional level, with special focus on advancing SDG16.

The year 2019 will be a turning point in the review of the implementation of the political agenda, with two significant events: the High Level Political Forum in July and the General Assembly in September.

The panel discussion servedas an opportunity toencourage further dialogue on the importance of international and regional instruments, specifically the Community of Democracies’ Warsaw Declaration and the Inter-American Democratic Charter of the Organization of American States, both essential elements for the promotion, protection and sustainability of democracies.Additionally, the discussion followed a round of speakers’ interventions in relation to the current state of democracy in the world, with specific case studies from the Western hemisphere.

Signing of Memorandum of Understanding with the OAS, Washington D.C.

The Permanent Secretariat of the Community of Democracies and the General Secretariat of the Organization of American States (GS/ OAS) signed a Memorandum of Understanding to strengthen their cooperation for the promotion and consolidation of democracy. Areas of cooperation include: developing initiatives focused on the critical link between democracy and development, promoting inclusive participation in democratic processes and supporting initiatives focused on the protection of civic space.