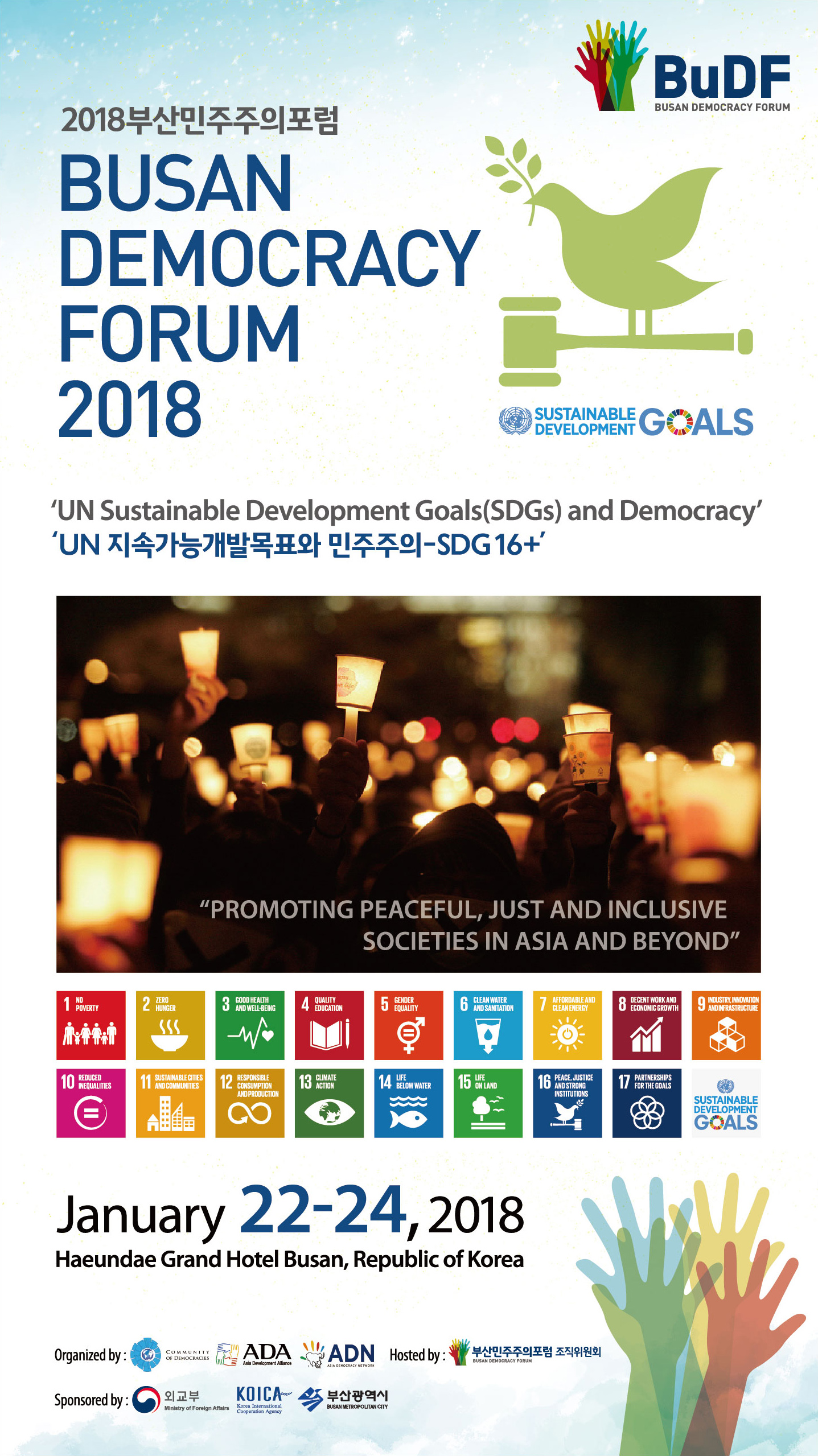 Following the event, Secretary General will travel to Seoul to meet with high-level officials from the Ministry of Foreign Affairs to discuss their continued leadership in the Community of Democracies.

The Busan Democracy Forum, co-organized by the Permanent Secretariat of Community of Democracies (PSCD), Asia Democracy Network (ADN), and the Asia Development Alliance (ADA), will address the “UN Sustainable Development Goals and Democracy: Promoting Peaceful, Just and Inclusive Societies”. The event is supported by the Ministry of Foreign Affairs of the Republic of Korea, the Metropolitan City of Busan, and Korea International Cooperation Agency (KOIKA).

On the importance of achieving the Sustainable Development Agenda 2030, Secretary General Garrett said, “The 2030 agenda requires a true collective effort between governments, private sector, civil society and citizens to ensure a sustainable future for the planet. It’s a great honor to take part in this discussion in Busan, which has a special place in the heart of Korean democracy.”

The Busan Democracy Forum will gather together high-level policy-makers, international organizations, governments, civil society and academic institutions from around the world who are engaged in the promotion of peaceful and inclusive societies.

The event will provide a platform for sharing of experiences and best practices of democratization and democratic governance in Asia and beyond.

Following the Busan Democracy Forum, Secretary General will travel to Seoul to meet with Ms. Oh Youngju, Deputy Minister for Multilateral Affairs at the Ministry of Foreign Affairs of the Republic of Korea, to discuss current issues and initiatives supporting democracy.

The Republic of Korea, which has been a member of the Community of Democracies since its inception in 2000, and hosted the 2002 Ministerial Conference in Seoul, has always played an important leadership role in the global promotion of democracy.