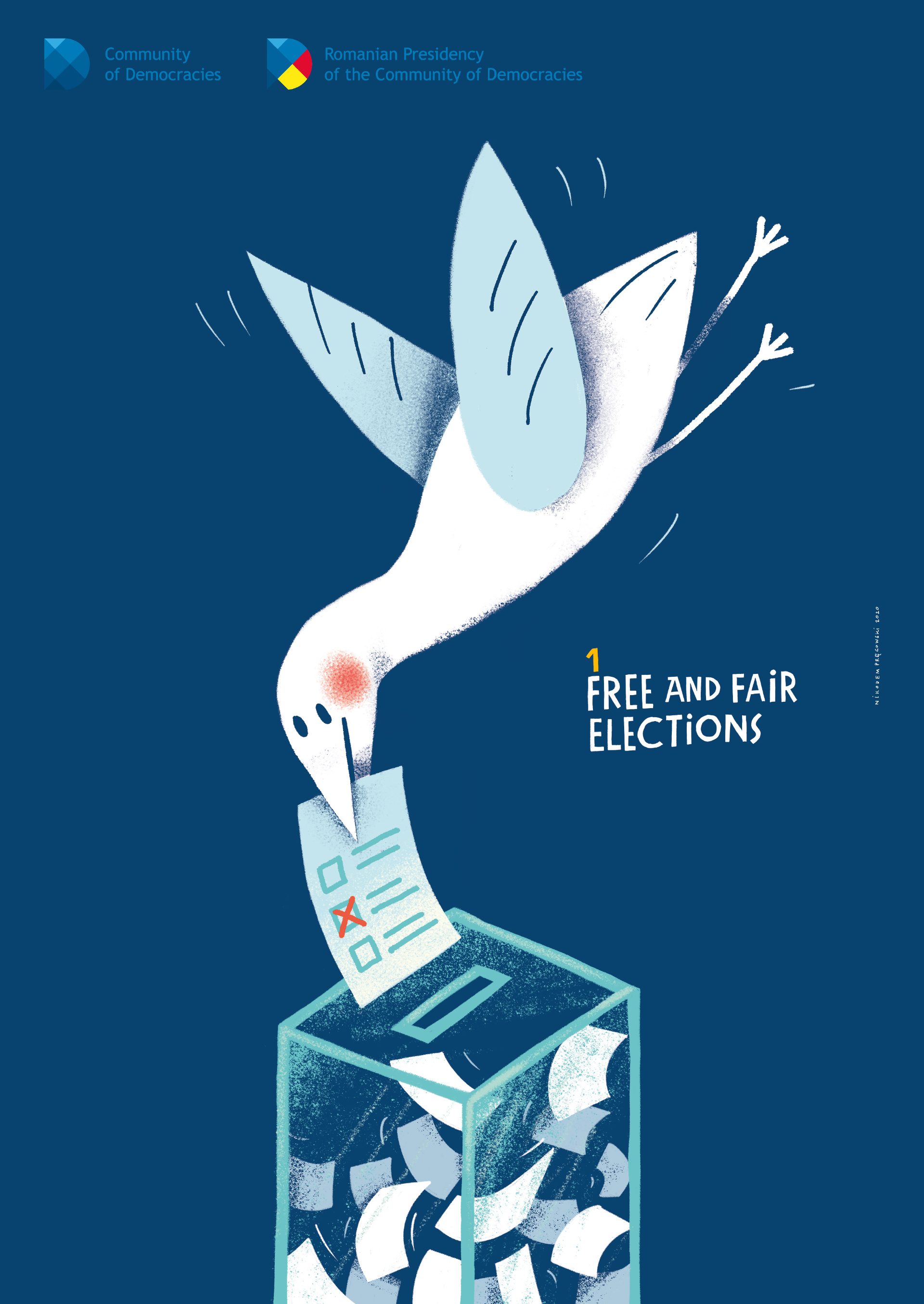 The Community of Democracies  presents a poster exhibition of the core democratic values enshrined in its founding document, the Warsaw Declaration.

On the occasion of its 20th anniversary, the Community of Democracies (CoD) presents a poster exhibition of the core democratic values enshrined in its founding document, the Warsaw Declaration.

WATCH VIDEO WITH THE POSTERS

This exhibition is a joint initiative of CoD Presidency Romania and Poland, host country to the Warsaw-based Permanent Secretariat of the Community of Democracies. The display of posters by an award-winning Polish artist, Nikodem Pręgowski, Professor and Head of the Chair of Graphic Design at the Nicolaus Copernicus University, freshly illustrates the universal principles of human rights and democracy contained in the Warsaw Declaration.

Adopted by 106 states on June 27, 2000, the Warsaw Declaration outlines 19 principles for the effective establishment and functioning of democracy. The principles cover a broad list of democratic norms and standards, including freedom of opinion and expression, freedom of the press, and freedom of religion and belief. By adopting the Warsaw Declaration, the participating states recognized the universality of democratic values. They agreed to respect and uphold these principles.

As a result, the Community of Democracies became a unique coalition of democratic countries built not on linguistic, geographical or economic criteria but a commitment to shared democratic values enshrined in the Warsaw Declaration.  As relevant today as in 2000, the Warsaw Declaration is a unique document providing both a roadmap for aspiring and transitioning democracies as well as a checklist for established ones.

“It was a different world at the adoption of the Warsaw Declaration in 2000. But in 2020, the democratic principles of the Warsaw Declaration remain essential; and it is by respecting and upholding these values that we make our democracies strong and resilient, even in challenging or turbulent times. As the CoD begins its next two decades of work to promote, defend, and strengthen democracy worldwide, I very much welcome this exhibition as a ‘fresh face’ of our shared democratic values.” – CoD Secretary General Thomas E. Garrett.