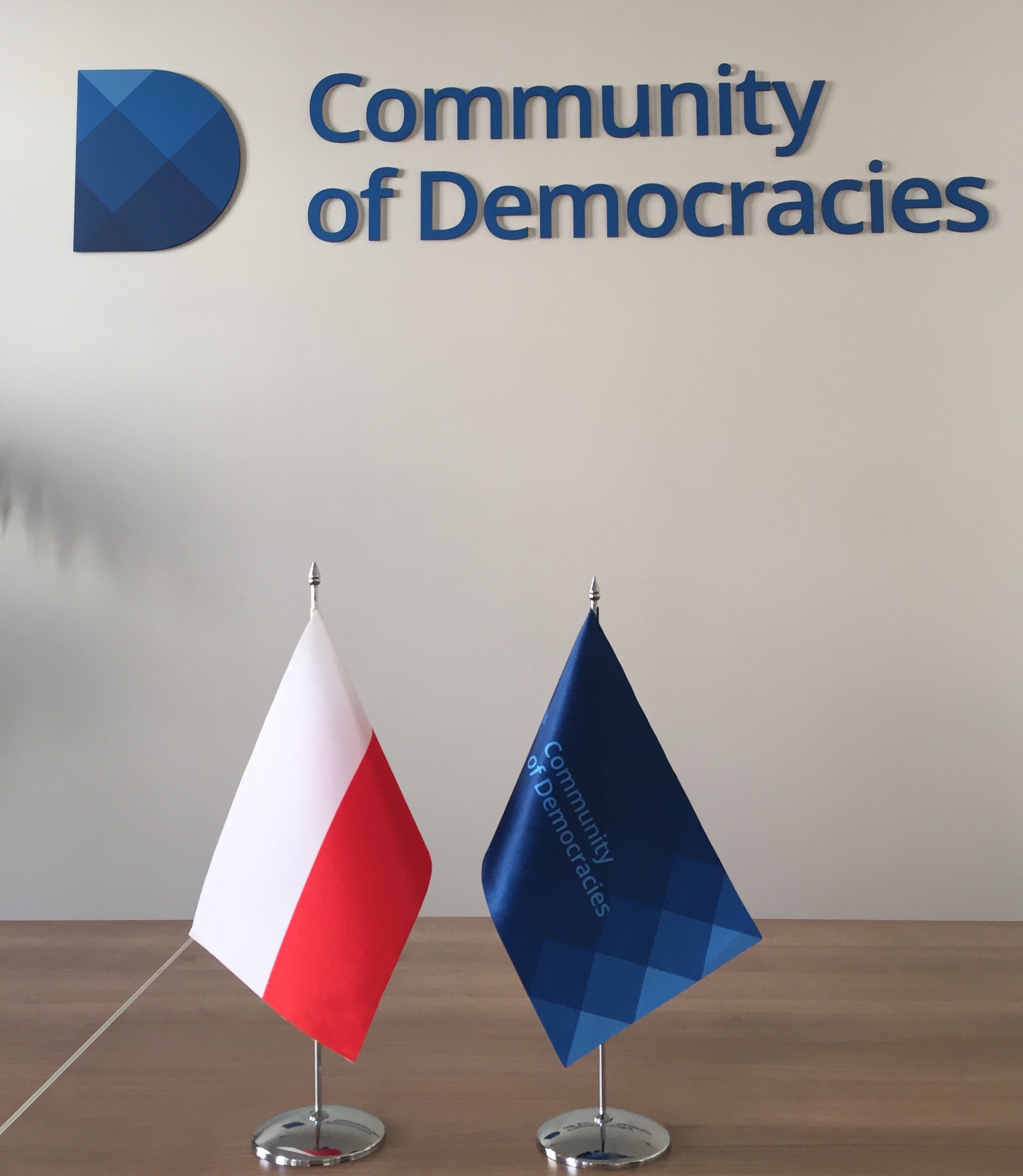 The Community of Democracies welcomes Poland as the new Chair of the Community’s Executive Committee (EC).  Poland succeeds the United Kingdom, which served as the EC Chair from September 15th, 2018 to March 15th, 2019.

‘Poland has consistently played an important leadership role within the Community of Democracies and I look forward to our cooperation during Polish chairmanship of the Community’s Executive Committee’ – said Secretary General Thomas E. Garrett

“As a country which experienced a profound political, economic and social transformation and successfully built a stable democratic system, Poland looks forward to assuming the chairmanship of the Community of Democracies’ Executive Committee.

It is Poland that was the birthplace of Solidarity, a pioneering movement of democratic changes which resulted in the fall of communist regimes in Central and Eastern Europe thirty years ago. Without Solidarity and the bloodless revolution in our country, the fall of the Berlin wall and the end of a bipolar world divided between East and West could not be possible. Therefore, we feel obliged and honoured to share our know-how and experience from the transformation process with countries on their route to democracy.

We will  focus our Chairmanship on two cross-cutting themes: youth and development. We will pay special attention to the implementation of the Sustainable Development Goal 16 and the role of young leaders in building peaceful and inclusive democratic societies.”