Since last year, the world’s focus has been on the impact of Covid-19 and now the Taliban takeover of Afghanistan. However, at UNESCO, Ambassador Véronique Roger-Lacan is focused on preventing and mitigating conflict and crisis.

The United Nations Educational, Scientific and Cultural Organization (UNESCO) is an organization of 193 member states to promote world peace and security through international cooperation in education, the sciences, and culture. In these areas, UNESCO develops educational tools to help people live as global citizens free of hate and intolerance; works so that all people have access to quality education; promotes cultural heritage; fosters scientific programs and policies as platforms for development and cooperation; and stands up for freedom of expression, as a fundamental right and an essential condition for democracy and development.

During the Covid-19 pandemic, disruption in education was a global challenge, and over eleven million girls may not go back to school post-pandemic. While acknowledging that education is the responsibility of communities and countries, UNESCO has been a leader in supporting the reopening of schools. UNESCO, UNICEF, and the World Bank joined forces under “Mission: Recovering Education 2021” to support governments in bringing all learners back to school, running programs to help students catch up on lost learning and prepare teachers to address learning losses and incorporate digital technology in their teaching. Further, to ensure full access to education and knowledge sharing, UNESCO and its Global Education Coalition partners advocated for the safe reopening of schools, urging full closures to be used as a measure of last resort. UNESCO and Education International urged countries to prioritize teachers for vaccination to curb the spread of the virus, protect teachers and students, and ensure the continuation of learning.

The Covid-19 pandemic also plunged the global economy into a recession. While billions of people around the world turned to culture as a source of comfort and connection, the impact of the health crisis did not spare the creative sector. Ambassador Roger-Lacan and her peers wondered, “How could we reach out to them and maintain these heritage sites?” UNESCO also launched ResiliArt to handle the devastation brought to the entire culture value chain to address this issue. ResiliArt is a global movement of conversations, data sharing, and advocacy efforts to support the creative economy. More directly, the focus was on artists and those working in the cultural sector, including heritage management.

Role of UNESCO in conflict prevention and resolution

While UNESCO is not per se a conflict prevention organization, Ambassador Roger-Lacan highlights that its focus on education, science, and culture makes it a powerful tool for conflict prevention. Helping people understand each other’s cultures can help increase understanding. For example, UNESCO has numerous programs on the negative impacts of racism and antisemitism and the importance of civil and political rights, economic and social rights, gender equality, and LGBT rights. Further, UNESCO’s role in stopping the destruction of heritage sites not only protects these sites but has other impacts: it prevents the illegal trafficking of cultural goods, which can be used to fund illicit activities such as money laundering, prostitution, human trafficking, weapons trading, and terrorism. 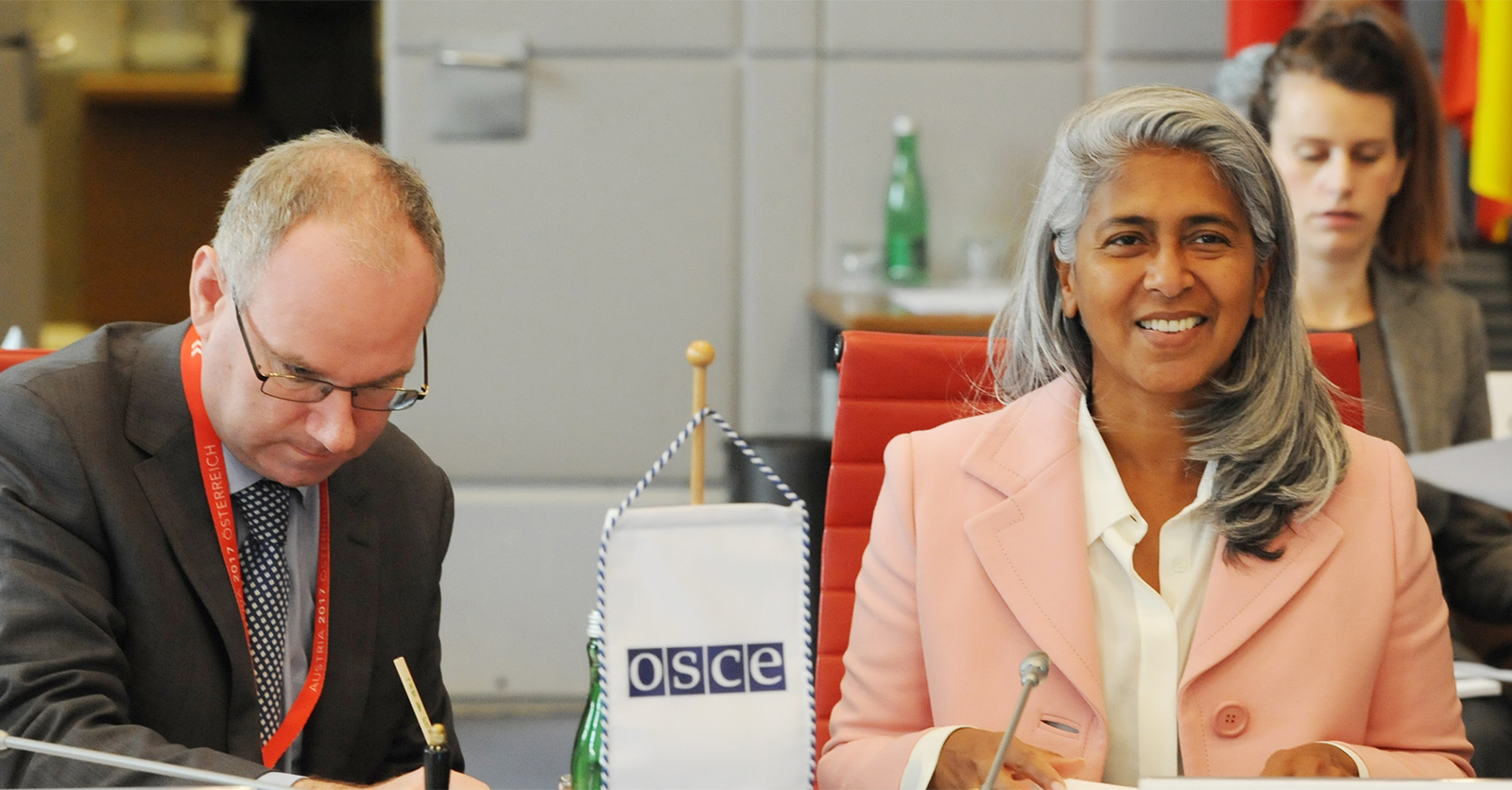 Important to say what you disagree about

As a diplomat, Ambassador Roger-Lacan is clear that it is vital to name the divergent opinions and approaches to policy instead of sweeping them under the carpet. She has found this to be a practical approach to negotiation throughout her career because everything is on the table, and nothing is hidden. As she says, “we have to know what the problem is, look others in the eye and say we don’t have the same views,” especially when it comes to ensuring the protection of individual rights and freedoms. She likens diplomatic negotiations to an ongoing chess game, where you move your pieces with your partner, continuing to focus on mutual interest and mutually reinforcing solutions. “The common interest is won because the game keeps going. So in this sense, there is no winner and no loser because we know that we can play the game again.”

For example, at UNESCO, there was an issue about funding for the International Bureau of Education (IBE), the first-ever intergovernmental organization established in 1929 to advance peace through education and research. IBE provides technical assistance to any member state on educational curricula, whether for kindergarten or medical school. IBE is based in Geneva, Switzerland, and funded primarily by the Swiss government.

In 2018, a funding shortfall faced the IBE. Several options were considered: 1) stay in Switzerland with a new work charge and broader remit; 2) integrate into the education sector at UNESCO headquarters in Paris; and 3) relocate to a new host country and continue to work with curriculum.

In 2019, China offered to contribute $8 million to support IBE on the condition that it moves to Shanghai. While there was undoubtedly a need for financial support, European countries opposed a move to China because the IBE is a United Nations institute and must remain an institution that promotes the UN and UNESCO principles of democracy, education, and human rights.

Ambassador Roger-Lacan was key to these negotiations and used the approach outlined above: being clear about differences of opinion. From the outset, her position was that moving the IBE wouldn’t work but that perhaps there was another program that could be based in Shanghai. As she said, “we negotiated frankly … I think the UNESCO Secretariat was afraid of a confrontation and wanted a compromise right away, but I, personally, and some of my ambassador colleagues said we want to negotiate and speak clearly.”

“In the end, using this approach to diplomacy, there was an agreement reached with a solution with putting some more money in the institution in Geneva, and we would come back to the issue two or three years after to see how it has worked and so on.” The future of IBE at Geneva was discussed at the Executive Board Meeting of UNESCO in April, and no resolution has been announced.

Ambassador Roger-Lacan has worked with many women leaders across the globe. She cited women leaders in Afghanistan, where she often traveled as Deputy Director for South Asia at the French Ministry of Foreign Affairs. These women were “amazing politicians, women who became parliamentarians, women who became doctors, and who were powerful politicians, dedicated to their country.” She hopes that their contributions to Afghanistan can be preserved.

She also cited the role of Cambodian women in their country’s peace process as they advocated for the needs of Cambodian refugees and internally displaced people. One of the women, now a personal friend of the Ambassador’s, became a high-ranking government official. Because she worked with the political parties for genuine democracy, this woman became a target. However, she has remained in her country and is using her skills to support Cambodian artists.

Ambassador Roger-Lacan has also worked with other women ambassadors while serving as the Ambassador and Permanent Representative of France to the Organisation for Security and Co-operation in Europe (OSCE). While in that position, these women Ambassadors created a mentorship program for young women interested in security and diplomacy to bring more women into the pipeline in these areas.